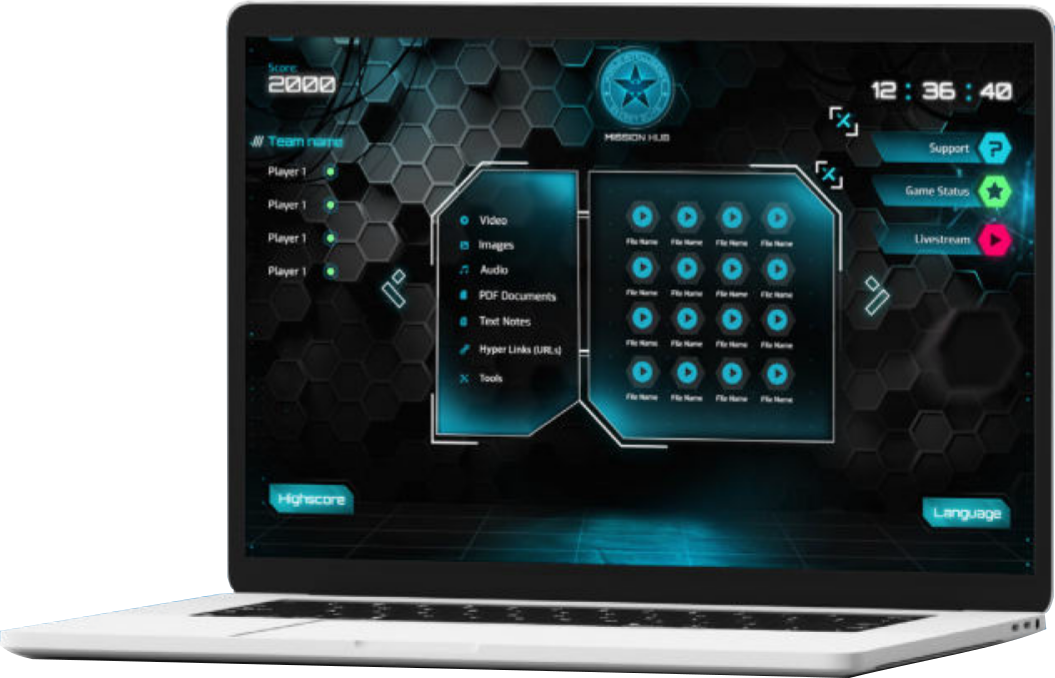 A few months ago, three scientists from a research facility at Spider Technologies died, officially in an accident. We believe this to be a cove-up and that there is considerably more behind it. We assume that the death of the scientists is connected to what Spider Technologies calls internally THE PEGASUS PROJECT. We don't know exactly what it is, but everything indicates it must be something very dangerous.

Solve the mysterious death of three scientist and help to release project documentation! According to our latest news, research reached it's final stage. YOU, secret W.I.S.E. agents are our last hope. Mission goal is one and simple - save our world!

Save the world from your living-room:

How to start your mission?

​- Apply for activation code, you will recieve email with further instructions.
- Once code = one team. Regardles of the number of players.

Get your activation code today!